Make sure you get your Senior Wills submitted for approval by the end of the day on Tuesday, May 29th! You will not be allowed to present at banquet without prior approval.

All Senior Wills MUST be appropriate for all audiences, including your parents, grandparents and administrators. They must relate directly to your time in Wakeland Theatre and should not be general “I love you and will miss you” gifts. You may will to a maximum of 2 people. Deadline to submit your Wills is Tuesday, May 29th at 5:00PM.

Example of an appropriate Senior Will: “I am willing Samantha my set of paintbrushes. I’ve taken great care of them over the past four years and look forward to seeing what you will paint with them in the next few years.” or “Sam and I have been through a lot backstage over the past few years. I’m willing you my backstage clipboard so that you can always keep me around.”

If you are not sure if your Will qualifies, please speak with Mrs. Dalfonzo and Mrs. Leffel about it ahead of time, and they will help you with that determination.

On behalf of the Nominating Committee, I would like to present you with the 2018-19  proposed Wakeland Theatre Booster Club Officer Slate.

The Nominating Committee is excited about this slate and feel they will do a great job for the group.  Voting of the officer positions will take place during a short business meeting at banquet on May 31st.

Wolverine Theatre’s production of Disney’s Beauty and the Beast was nominated in two catagories: Best Leading Actress and Best Orchestra.

Jr. Elizabeth Dye was thrilled to be nominated for Best Leading Actress for her portrayal of Belle in Disney’s Beauty and the Beast. Not only was Elizabeth able to perform on the DSM stage with the other eight category nominees she also had the opportunity to walk the red carpet, participate in the opening number and perform with Tony Award Winner Victoria Clark in a production number from The Light in the Piazza during the show. It was an evening she won’t soon forget.

Though Best Orchestra nominees don’t perform at the awards show Wakeland’s incredibly talented band and orchestra students, under the direction of Kevin Jones, had an enjoyable evening participating in the ceremony as well.

In addition to Best Actress and Best Orchestra nominations, Senior Mark Doerr was awarded one of ten Dallas Summer Musicals Ambassador Scholarships for students who have shown committment and involvement to theatre throughout high school but are not pursuing theatre in college. Mark, who played Gaston in this year’s production, hopes to one day play the Oboe in Broadway Pit Orchestras.

All schools who participate in the DSM program are invited to send two students from their production to participate in the program finale. Chosen by the directors, Senior Riley Budd and Sophomore Matthew Reno represented Wolverine Theatre this year and had a great time performing an inspiring number from Broadway’s Dear Evan Hansen.

We are so proud of our entire Fine Arts program at Wakeland High School!

Next Wednesday, May 23rd, Wakeland High School students will be participating in our first Carnival for a Cure day to raise money for the Cystic Fibrosis Foundation. (This event is not open to the public).

Wolverine Theatre, in collaboration with the Wakeland Art Department, will be sponsoring and running the Sidewalk Chalk event and we are in need of sidewalk chalk donations. If you would like to help please send in sidewalk chalk by the end of the day on Monday, May 21st – any brand will do! The student that brings in the most chalk will be rewarded with a $10 gift card to the restaurant of their choice! Chalk can be turned in to Mrs. Leffel in F106 or Mrs. Garza in B114. 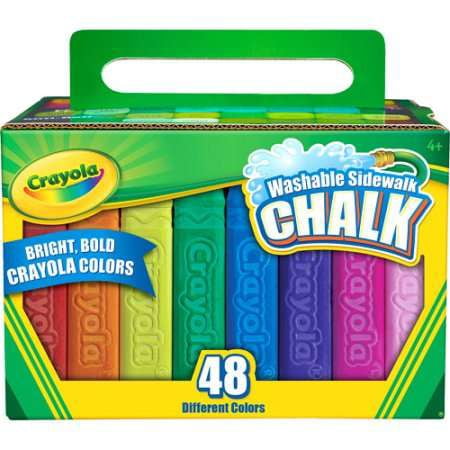 Thank you for your support!!!!

Tomorrow, May 15th, is the absolute last day to turn in your banquet RSVP and your banquet payment. You don’t want to miss out on a fun evening of inductions, awards, food and games! Our booster club officers will be up at school at 4:30 tomorrow to pick up all payments. Please print the form at the bottom of this post and return it with your check, made out to the Wakeland Theatre Booster Club.

Remember, banquet is when we induct our new ITS members, announce our ITS officers for next year, give out all of the student voted awards, recap the year, eat and announce next years show! I promise you won’t want to miss it!!!!

Your $25 ticket includes dinner and a $10 Dave & Busters game play card (for students only). If you have any questions please see Mrs. Leffel or Mrs. Dalfonzo before the end of the day on Monday.

We are also still taking nominations for our 2018-2019 Booster Club Officers. If you are interested, or you would like to recommend someone for a position please let Julie Cottrell know right away. Please see the post for Booster Officer Nominations for additional details. We hope you will consider serving in this capacity.

Dear Booster Club Members!It’s that time of year again where we need to elect a new slate of officers for the Wakeland Theatre Booster Club Board.  If you have any interest in serving on the Board for the 2018-2019 school year, please contact Julie Cottrell, our nominating Chair with questions or to through your hat in the ring.  She and the nominating committee will be preparing the slate for a new President, Vice President, Secretary, Treasurer, and Parliamentarian.  If you are a member of the Wakeland Theatre Boosters, you are eligible to hold a position.  We hope that you will consider serving in a leadership capacity for the upcoming school year.

Since the end of this school year is fast approaching, kindly let Julie Cottrell know of your interest by Tuesday, May 15th.

Elections will take place during our final booster club meeting on May 30th during our end-of-the-year banquet.
Julie’s email address is juliecottrell@att.net or cell number is 847-471-5945.
Wakeland Theatre Boosters – Board Descriptions
Thank you very much!

Please join us in celebration of the accomplishments of our theatre students and production on the evening on May 30th at Dave & Buster’s at Stonebriar Centre. Banquet tickets are $25 per person, and WHS Theatre Students will receive a $10 Dave & Buster’s Play Card with their ticket (sorry, the Play Cards are only for the Theatre students).

Please print the attached RSVP form and return the bottom portion along with a CHECK made out the Wakeland Theatre Booster Club no later than Monday, May 14th. Parents and family are encouraged to attend, but please no dates or friends as we have limited space.

We hope to see you at Banquet!

International Thespian Honor Society invitations have gone out to eligible students over the past two days. Your RSVP slip and your $30 Induction Fee are due on Monday, May 7th and checks should be made out to the Wakeland Theatre Booster Club. PLEASE NO CASH!!!!

If your check and RSVP card are not received by the end of the day on Monday, May 7th your membership will not be submitted this year. If you have any questions please find Mrs. Leffel.